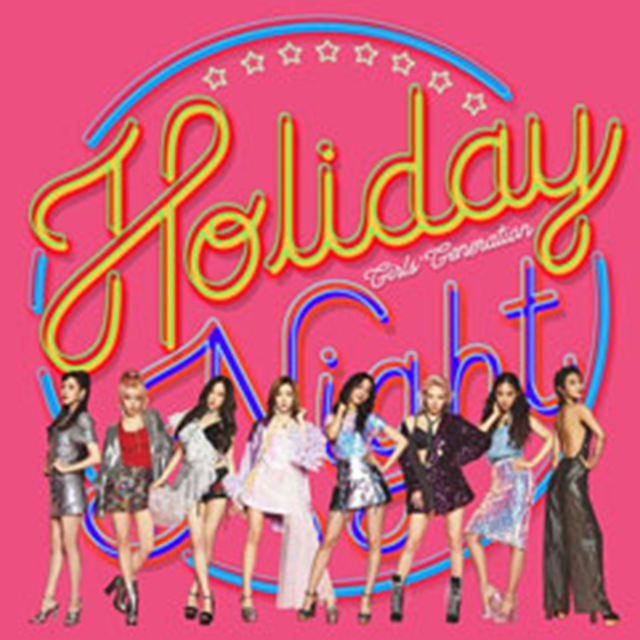 This is the newest album released in two years after their 5th album ‘Lion Heart’, that came out in August 2015. The album contains ten songs of various genres, including the double title songs, ‘All Night’ and ‘Holiday’, and is expected to receive explosive responses from the music fans who have been waiting for GIRLS’ GENERATION’s comeback.

Especially, GIRLS’ GENERATION has demonstrated their impact as the ‘K-POP Queens’ as every song they released became mega hits, which includes ‘Into the New World’, ‘Kissing You’, ‘Gee’, ‘Genie’, ‘Oh!’, ‘Run Devil Run’, ‘Hoot’, ‘The Boys’, ‘I GOT A BOY’, ‘Mr.Mr.’, ‘PARTY’, and ‘Lion Heart’. And they had swept the global music charts and award ceremonies beyond Korea. Also, members of GIRLS’ GENERATION have also promoted in various fields as units, solo vocalists, actresses, and variety show guests. All those activities has been raising expectations for their return.

GIRLS’ GENERATION has also proven their global influence by taking the first place in the ‘10 Best K-Pop Girl Groups of the Past Decade: Critic's Picks’ recently announced by Billboard and by taking the 21st place in the ‘100 Greatest Girl Group Songs of All Time’ with ‘I GOT A BOY’, which is the highest ranking achieved by a Korean girl group. This album is expected to win the support of the fans from all over the world.

One of the double title songs, ‘All Night’, is an up-tempo dance song with addictive chorus, playful synthesizer sound, and catchy melody. The lyrics by kenzie, the hit maker who composed a number of hit songs of GIRLS’ GENERATION, attract the ears with the story of falling in love at a summer night party.

The other title song, ‘Holiday’, is an exciting song that combines energetic vocals and bright sound of the instruments to give off the unique charms of various members of GIRLS’ GENERATION. In the lyrics for ‘Holiday’, SEOHYUN expressed her feelings of celebrating their 10th anniversary, which also raises expectations.

In addition, ‘Girls Are Back’ with rhythmical vocals is like the opening act indicating the return of GIRLS’ GENERATION. On the otherhand, ‘FAN’ is an R&B pop song that tells a story about love and being a reassuring person for the lover like a fan who always stays beside to give encouragement. ‘Only One’ is a medium tempo pop R&B song that expresse the friendship between GIRLS’ GENERATION members, who promoted together for a long time, which also mesmerize ears.

‘Sweet Talk’ is a powerful dance song and SEOHYUN has written the lyrics to depict the feelings that a couple has towards each other just before they fall in love. ‘It’s You’ is a medium tempo pop song and YURI has also written the lyrics to thank the fans for continuously supporting them for the past decade, making the song even more special.

This album also delivers ‘One Last Time’ which is a medium tempo ballad song that combines various sounds. ‘Love Is Bitter’ is an acoustic song with lyrics that interestingly express the feelings of parting using descriptions of the sense of taste. Finally, ‘Light Up the Sky’ is a pop ballad song with the lyrics that express the overwhelming emotions felt from a reunion with a past lover. All 10 songs will fully present GIRLS’ GENERATION’s music world which has become deeper.

GIRLS’ GENERATION’s 6th album ‘Holiday Night’ will be released online on August 4th at 6 p.m. and in stores on August 7th.