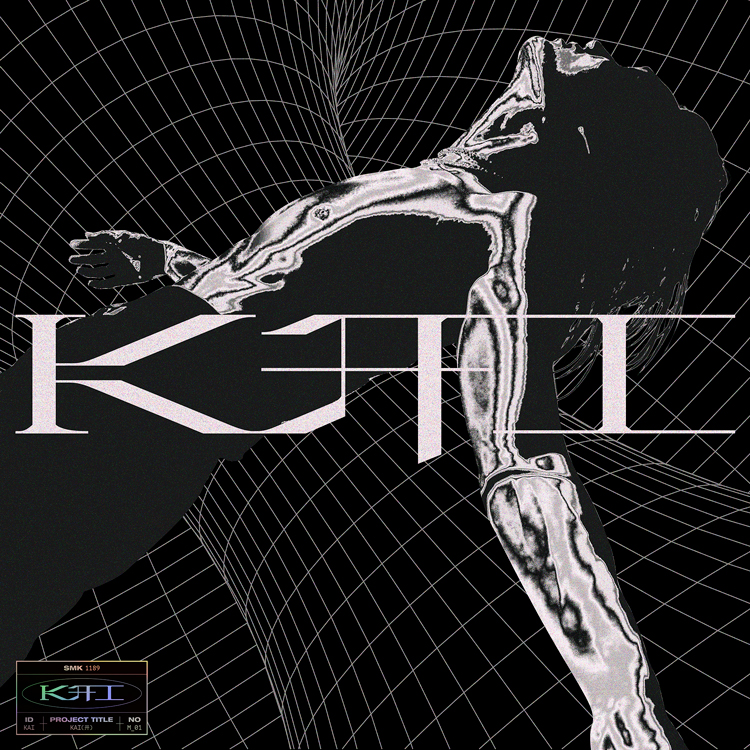 This album includes a total of six songs in various moods, including the single, ‘Mmmh,’ presenting KAI’s unique music style and sensuous performance that are highly anticipated.

Nuemorous worldclass musicians, such as the famous American producer Mike Daley and the renowned producer ChaCha Malone, participated in the production to maximize the album’s quality while KAI himself also contributed on ideas for the costume concept and styling for the album’s perfection.

As a member of EXO, KAI has won global popularity through outstanding performance skills and stylish visuals. KAI has been also demonstrating his absolute charisma on the stage with some solo songs he presented during concerts, such as ‘Confession’ and ‘Spoiler.’ KAI’s new music and stage performances as a solo artist is certainly building hypes and drawing attention.

The lead single, ‘Mmmh,’ is an R&B pop with a simple yet addictive melody line on top of a minimal track. The lyrics describe in a very confident and honest tone about how he became attracted to this woman at first sight.

‘Nothing On Me’ is a PB R&B track with a heavy bass groove. The explosive chorus bursts the joyful emotions, and the lyrics capture the moment of approaching this woman with a sweet scent. ‘Amnesia’ is an R&B trap that stands out for it’s groove and melody. It’s about a man who wishes to erase his past memories and fill it up with his current love story.

The album also delivers ‘Reason’ which draws a couple falling into each other by stimulating their curiosity and how two people explore each other and become mesmerized by each other, ‘Ride Or Die’ which is a dreamy track that tells you to ‘exceed your limits, follow your heart and enjoy’, and ‘Hello Stranger’ which depicts a scene where you relate to a stranger in a peculiar way and begin a conversation.