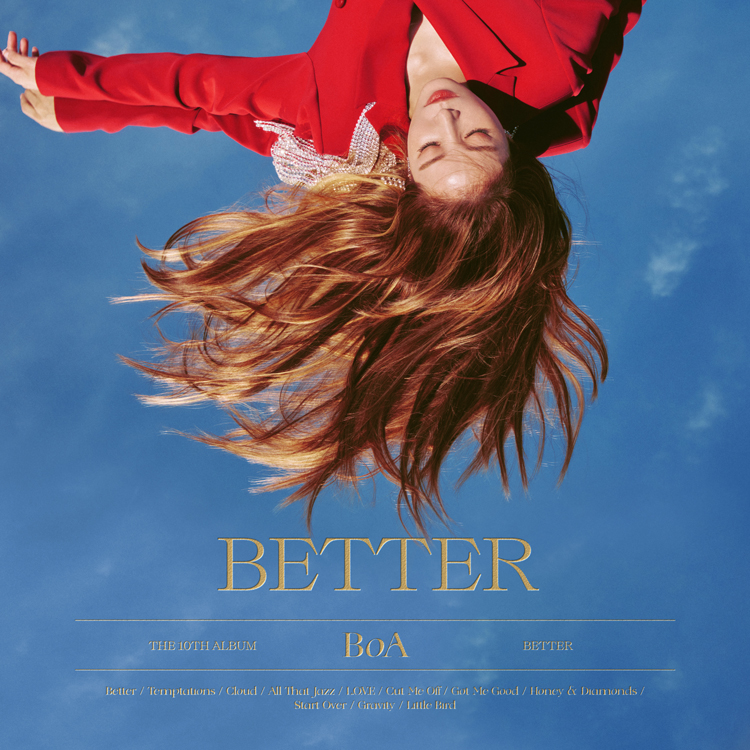 Can’t be ‘BETTER’ than This!
‘No.1 Artist,’ BoA, Releasing New Album Marking 20th Anniversary of Her Debut, ‘BETTER,’ on December 1st!
3 Original Songs & 1 Original Lyrics by BoA, Demonstrating Her Singer-Songwriter Talent Once Again!

BoA’s tenth regular album ‘BETTER’, consists of 11 songs across different genres, including the lead single ‘Better.’ Since her debut 20 years ago, she has released a wide spectrum of music with flawless performances, receiving trememdous love from her fans. This album’s anticipation is particularly high that it comes as an opporunity to meet BoA’s colorful style in music.

The single, ‘Better,’ is an R&B dance song driven by heavy bass and an explosive beat in the Chorus. The lyrics show BoA’s powerful yet restrained character by throwing a message of ‘Don’t hesitate and conquer your love’. This song sampled UK’s famous artist AWA’s ‘Like I Do’ and reinterpreted in BoA’s style. Yoo Young Jin, who has shown an astonishing chemistry with BoA since her debut song, ‘ID; Peace B’ to ‘Girls On Top,’ and ‘NEGA DOLA’, participated in composition, lyrics, and arrangement, once again elevating BoA’s charms.

The album includes three songs composed by BoA herself. ‘Cloud‘ is an R&B track that sends a comforting message, ‘You are all right as who you are.’ ‘All That Jazz’ is a jazz-pop with bossa nova based percussion rhythm, gentle guitar, and piano in harmony. ‘Little Bird’ tells a movie-like story of BoA’s journey reaching her dreams and giving new hope.

Also, BoA wrote the lyrics for ‘L.O.V.E,’ a future disco song. The lyrics express the intention to start love frankly instead of playing hard-to-get. ‘Temptations‘ has groovy strings and a dreamy sound. ‘Cut Me Off’ with it’s minimal sound and BoA’s restrained style vocals give a cold and sharp touch to the song.

‘Got Me Good’ has a very impressive grand and determined atmosphere. ‘Honey & Diamonds’ compares the heart that falls in love to the glittering jewels and fragrant flowers. ‘Start Over’ dramatically depicts a magical reunion of a couple who had gone separate ways. ‘Gravity’ is a ballad that sings about a promise to be always nearby for her loved one. All eleven songs offer a different taste in music.