TAEYEON The 4th Mini Album ‘What Do I Call You’ 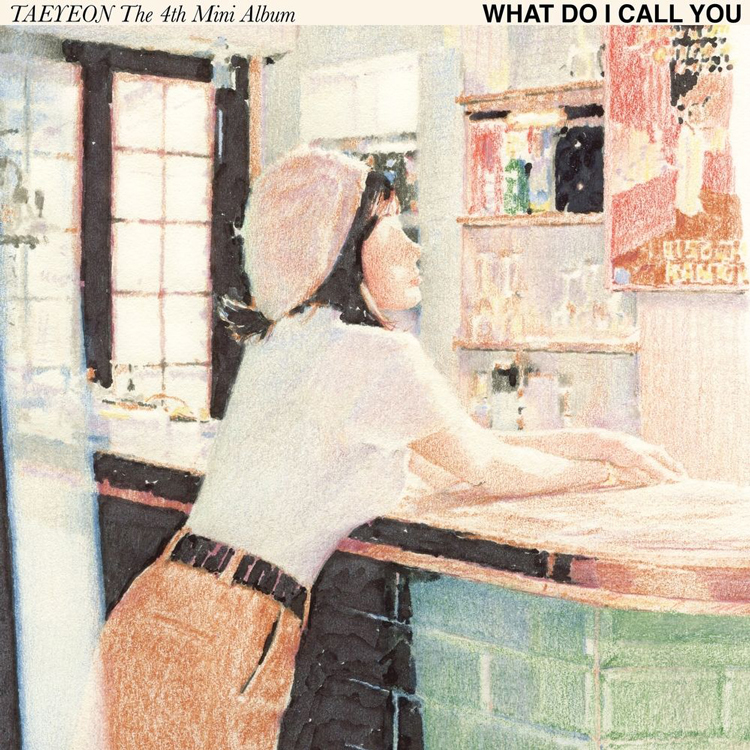 TAEYEON The 4th Mini Album ‘What Do I Call You’

TAEYEON, ‘Vocal Queen Who Won’t Fail You,’ Releasing the 4th Mini Album, ‘What Do I Call You,’ on December 15th!
Delivering Six Songs of Diverse Genres!

GIRLS’ GENERATION’s TAEYEON (SM Entertainment) is releasing the fourth mini-album titled ‘What Do I Call You’ on December 15th.

This album consists of six songs, including the single, ‘What Do I Call You.’ The hitmaker Kenzie, producer David Pramik that composed songs for pop stars such as Selena Gomez and Machine Gun Kelly, renowned American producer Mike Daley, producer team Devine Channel, well-known lyricists Jo Yoon Kyeong and Lee Seu Ran take the production to another level while TAEYEON also contributed ‘To The Moon’ through lyrics and compostition is anticipated to grab the attention of music fans.

As TAEYEON proved her chart power and her abilities as a versatile vocalist, she is expected to show enthusiastic responses through diverse music activities from this year’s sing ‘Happy,’ SBS Drama ‘Do you like Brahm?’ OST ‘Kiss Me,’ duet with Crush ‘Let Me Out,’ and Lee Seung Cheol’s 35th anniversary duet ‘My Love.’

‘The Single of Chic Mood + Groovy Vocals, ‘What Do I Call You’!

The single, ‘What Do I Call You,’ is an R&B pop song that features the minimal and rhythmical melody created by eccentric instruments. TAEYEON’s vocals stand out as she calmly and indifferently sings about the feeling felt by a man who still lingers around her even after the breakup.

‘Playlist’ stimulates the listener’s emotion with acoustic guitar, piano, and retro organ sound alongside TAEYEON’s gentle and slack voice. The lyrics are about presenting a playlist gift, filled with the memories and affections for the lover.

‘To the moon,’ partially written and composed by TAEYEON, features TAEYEON’s vocals that flow gently on the minimal beat as if she tossed them in a chic way. The lyrics illustrate how she wishes to get things off her chest and leave for the moon, high up in the sky, when she feels helplessly blue.

This album also includes ‘Wildfire,’ which features interesting lyrics that compare the growing passion of love to the fire spreading across the field, ‘Galaxy,’ which is an R&B ballad track that combines calm guitar and warm piano melody, and ‘Happy,’ which was released as a single in May. All six songs will offer a chance to be immersed in TAEYEON’s musical sensitivities.