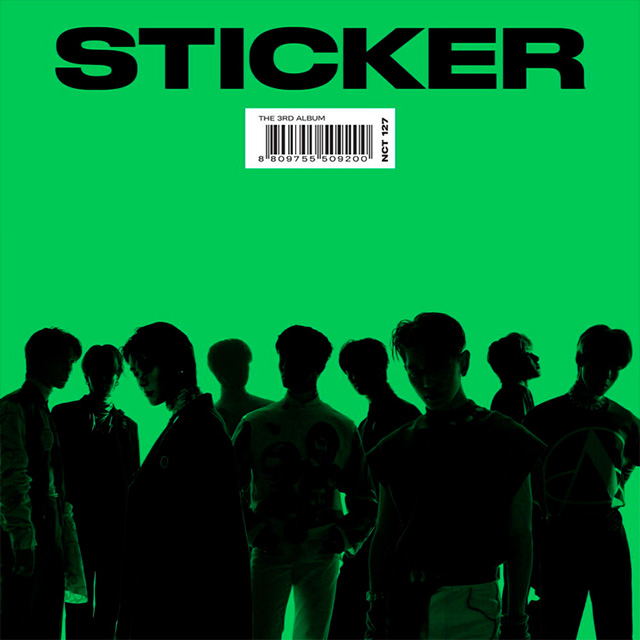 This is the new album released in a year and a half after their second full album, ‘NCT #127 Neo Zone,’ released in March last year. It consists of eleven songs in various genres that are enough to enjoy NCT 127's unique songs to the fullest.

Global hitmakers, such as Yoo Young Jin, Dem Jointz, Harvey Mason Jr., Simon Petrén, Andreas Öberg, Cutfather, and Hitchhiker, each from U.S., Sweden, and Denmark, worked together to raise the album quality. NCT 127 members, TAEYONG and MARK, also participated in the rap making to add fascination to the album.

Especially, NCT 127 is gaining the global popularity with their unique music style and performances and has demonstrated their significant influence by selling over a million copies of the second full album and spending ten weeks on the US ‘Billboard 200’ chart. The new album is much anticipated to bring greater performances.

The title track, ‘Sticker,’ is a hiphop-based dance song with powerful bass lines and rhythmical vocals along with the addictive signature flute sounds. NCT 127 members, TAEYONG and MARK, partially participated in the rap making, saying they will always be with their loved ones who are the purpose of their lives in this complicated world and write their own history.

Also, ‘Lemonade’ is a hiphop-based dance song, saying they will effortlessly skip all the noises from the world. 'Far,' a pop-dance song that conveys a bold message that they will go towards their dreams beyond the universe without hesitating, and ‘Bring The Noize,’ a hybrid trap hiphop song that highlights the ambition to go their own paths, show the energetic charms of NCT 127.

‘Breakfast,’ an up-tempo future house dance song that illustrates the magical feeling of love, wanting to stay with their lover until the morning, ‘Focus,’ a medium-tempo R&B song, which describes deepening love expressed in how lovers are looking at each other's eyes, and ‘The Rainy Night,’ a pop ballad song that depicts the desperate situation of not being able to move on after a break-up., also mesmerize our ears.

The total 11 songs in the album are completed with the following tracks: ‘Magic Carpet Ride,’ a dreamy contemporary ballad song that gives the feeling of swimming in the night sky with the lover, ‘Road Trip,’ a medium pop song that delivers warm emotions from the road trip with the lover, ‘Dreamer,’ an up-tempo pop dance song with a hopeful message to dream and to enjoy together, and ‘Promise You,’ a medium pop song with a frank message they’d like to tell the old lover when they meet again.